I’m always enormously flattered when, if only for two minutes, I am mistaken for a real Italian.  As the daughter of two foreign language teachers, my Italian pronunciation is not half bad. Of course, as the daughter of two foreign language teachers, I also have an aversion to sitting in a language class. So as soon as I get three sentences out, my conversational grammar immediately notifies the listener that I clearly learned Italian over many late night glasses of Lambrusco with Reggiani… NOT in a classroom.

But oh well. For those first 2 minutes, I am beaming!

However, there are always a few words that trip me up as far as Italian pronunciation. Setting aside for a moment my absolute inability to correctly differentiate between the words for tablecloth and napkin, I’d like to take a look a pronunciation comparison between three words that I end up using quite frequently, but continue to stumble over: 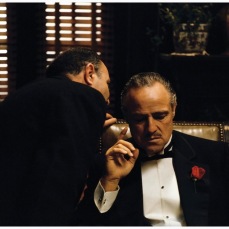 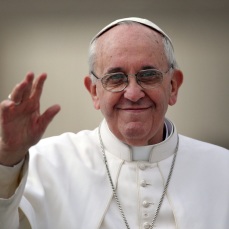 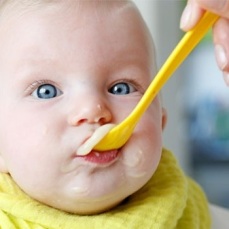 and the holy food

Now, I am a visual person, so the photos are to help me associate pronunciation with each meaning. Hopefully this will help someone else as well.

(This is actually a valid method for memorizing content, called “visualization”. For me, it’s the actually creation of the collage image that helps me remember whatever my goal is.)

Let’s take papà first. Father. Ok… short on the first syllable, and hard accent on the second. Let’s associate that with something to help remember. Like a gunshot from the Godfather movie! It’s like saying pa-pow, with the rhythm of loading a shotgun. 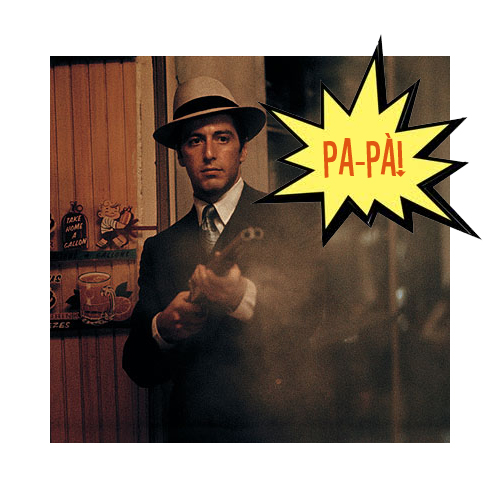 Ok, next there’s the Pope… Capital P for Papa. The key to the correct pronunciation of this word is to maintain equal emphasis on both syllables, or lean a bit more on the first. Spinning off of the religious theme, I’m using the ideal of a spiritual chant to help me remember this – constant, unchanging, meditative. 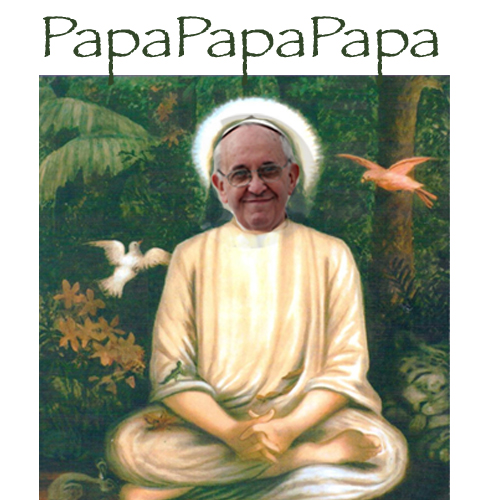 Last, but certainly not least, we have the hardest one – pappa. The doppia  in this one makes it difficult for us lazy mouthed Americans. They actually want us to pause, linger, hang out a bit… on the pp.

First of all, what the heck is the stuff?

Well, it’s baby food. But it’s Italian baby food. So it’s not some nasty, industrial mix of pear gook and peach slush. It’s chunks of bread dough soaked in broth and tomatoes, lightly dressed with olive oil and perhaps a bit of garlic and basil.

I struggled with an image for this, but in the end I decided to play on the idea that I need to remember to … pause … when I get to the peas. Oops, sorry, the P‘s. So, here’s some pappa… with a pause for the addition of some peas (which would probably not taste so bad, really).

6 thoughts on “Italian pronunciation: papà, Papa, e pappa (the father, the Pope and the holy food)”