In the comment thread on my recent post about learning to dance through the Italian language, I was reminded by a reader of the fantastic intricacies of the Italian word “dunque“. Just as a quick little aside, I thought I would share them with you today:

“Dunque”, as was explained to me by an Italian girlfriend, is a choice weapon to keep in your reserves… especially as a woman in Italy. When a woman enters the room and starts the sentence with “Dunque”, you might as well take cover.

It’s basically like: “Alright ya’ll, shut the Hell up and listen. This is how it’s gonna be.”

Men can use it as well. But when a chick uses it, it’s a show stopper. It’s particularly useful in all-male situations, when you need to show your palles.

Instead of politely trying to convince a construction site full of male muratori that I’m on top of my sh*t, sometimes it is much more useful to lay down the law in a way that is recognizable to them. In this example, let’s say that the construction crew is in a heated debate over how to handle an unexpected leak in a cantina wall. One guy wants to throw some concrete on the hole. Another guy says that will just move the leak. And a third suggests a drainage system.

I listen for a minute, taking in all information. I consider what is the best plan of attack. Regardless of whether or not the men will reach this decision on their own, I need to pee on my territory a bit. So I interrupt with a firm voice:

“Dunque. Facciamo così...” and I outline how the drainage system is going to work.

This literally translates to: “So, let’s do it like this…”

But culturally, this translates to: “Gentlemen, listen up. I’m the closest thing you’ve got to a mamma on this construction site, and my word is the law. This is how it’s gonna roll…” 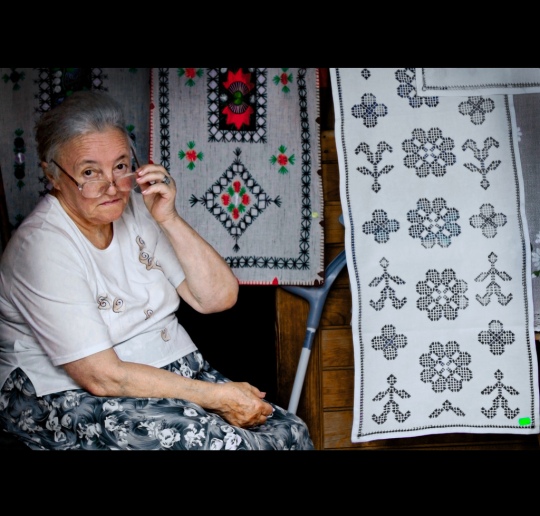 Now, because this is Italian and there is a prerequisite dance before actually continuing with the work (see explanation here), there will still be some time and conversation dedicated to the subject before proceeding. But I’ve done two things here.

As an American, my natural inclination would have been to jump into the conversation and talk it out, coming to a group decision together. This would have been detrimental to my position in the pack, though. I see that now. For many years I did not. But now.

Now I am the She-Wolf.

10 Cool Points to anyone who can cite the reference here in the comments! (Click photo for Flickr credit)

14 thoughts on “The intricacies of the Italian word “dunque”.”